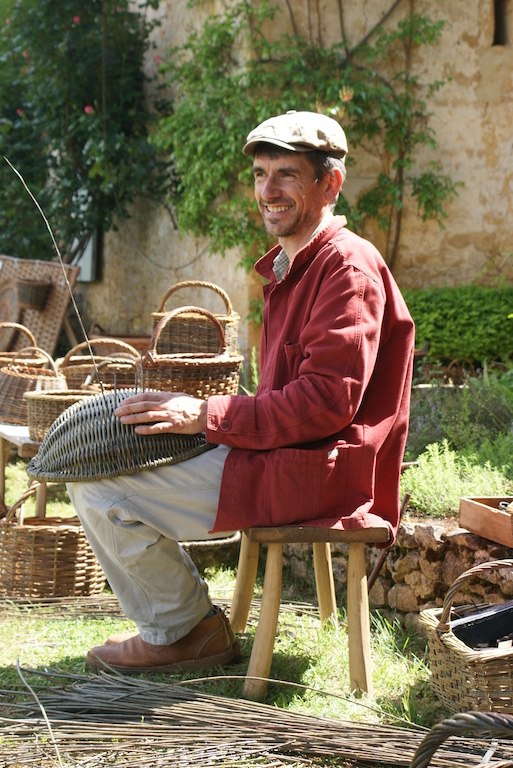 „After a first job as solo environment consultant engineer, I discovered basketry by chance at the end of 1999 and became a professional basketmaker in 2001 at the age of 35. This humble commitment consisting in making a living from an activity to keep this activity alive is very imporrtant for me. I’m self taught, and try to learn and improve my skill all the time; my favorite techniques are scallomed stakes baskets, some frame baskets, and basketry for England or Brittany.

I grow by hand about ten willow varieties on a 1.500 m² willow bed in my small village of Dordogne, south west of France.“